What will be the name of Harry and Meghan’s First Child? 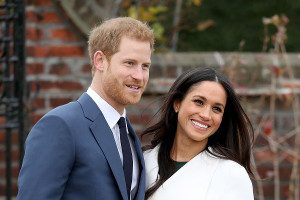 Prince Harry and his wife Meghan Markle are preparing for the arrival of their first baby. The Duchess of Sussex is due this spring. The gender of the baby is still kept under wraps, which hasn’t stopped everyone from guessing the possible names for the new Royal baby.

Prince Harry’s baby’s name is generating a lot of interest from punters as well. The Royal baby odds are already out at many bookies, with names provided for both genders. Elizabeth, Alexandra, Diana, and Victoria seem to be the leading favourites if the boy’s a girl. If it’s a boy, James, Arthur, and Harry are the names in play.

All the names have some kind of meaning behind them. Alexandra is one of the major favourites if the baby is a girl. The name means helper of mankind and may be associated with the couple’s philanthropic efforts. Diana is also a strong name candidate for the new Royal baby. Princess Diana was hugely popular around the world and Prince Harry will surely want to honor his mother.

Rumors have been swirling around that Meghan Markle might honor the late Princess Diana by naming her first baby girl Spencer, which is the princess’ maiden name. Some experts think that the couple might go for Victoria to honor their feminist beliefs. Queen Victoria was a powerful leader and that name would definitely suit the baby.

If the baby is a boy, and some are sure it will be, the couple might name it Charles after Prince Harry’s father and future king. Phillip is another name in play considering how close Prince Harry is to his grandfather.

A few months ago, the Duchess of Sussex was asked what she would like to name the baby if it’s a girl. She replied “Amy”. Sources close to the Royal couple have admitted that “Lily” is another name in play for the new Royal baby. With Prince Harry’s wife set to give birth in the next few weeks, Royal baby betting is becoming more and more popular. Many punters are interested in placing a bet. The odds for each name on the list are pretty attractive, so if you’re into betting on such special events, we strongly recommend it.

You’ll probably find odds for betting on the baby’s gender as well. Even the date of birth is a budding market at most bookies. The whole nation is impatient to learn the baby’s gender and name, with punters who already placed a bet especially excited.

The Duke and Duchess of Sussex have humanitarian and charitable interests and want to pass the same values to their children. According to sources close to the Royal family, Meghan and Prince Harry are expected to pass a lot of time in their Cotswold home as soon as the baby arrives. Meghan Markle’s mother is expected to have a prominent role in the family as the grandmother.

One day, Prince Harry’s child is expected to have a regular job. She or he will be raised to respect differences and boundaries like everyone else. The Royal couple is expected to raise their children in a traditional way and is super-excited for their first baby’s arrival. Just like everyone else, we’re pretty excited to see if bookies got it right on the names. We fully expect the Royal couple to pick a traditional name, although something more modern is not off the books as well.

The new Royal baby is seventh in line for the throne.

On what day will Harry and Meghan’s First Child be born?

Apart from the name, the exact date of Prince Harry’s and Meghan’s first baby is pretty popular among punters as well. The Royal baby is expected to arrive in the coming weeks, yet no one is really sure of the date. In October, Kensington Palace announced that the baby is coming in the spring, with many speculating about a possible late April-early May timeframe.

However, some have been speculating about an early April date, with even Meghan Markle suggesting so recently. It remains to be seen if that was intentional or she was speaking the truth. Bookies didn’t waste a chance to start offering odds on the possible date, with April dates leading the table.

If the baby is born on April 21, which is Sunday this year, it will share a birthday with no other but the Queen herself. Sharing your birthday with the Queen is definitely something to be proud of.