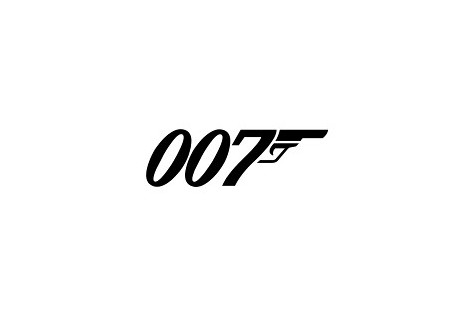 Even before news broke out that Daniel Craig’s last appearance as everyone’s favourite spy James Bond will be in the upcoming 25th Bond movie, rumours about his replacement have been running wild for years. Craig’s curtain call will be in 2020 in the as yet untitled Bond film. Once he hangs up the cool gadgets, though, fans will be anxious to see who takes on the iconic role. Many names have been popping up in recent times – some are established actors, while others are virtual unknowns in Hollywood.

The legendary James Bond character has provided us with an active set of novelty betting markets over the years. Not only can we speculate on the identity of the next actor to portray 007, we can place our bets on the theme tune.

We’ve had some iconic themes belted out over the years from legends such as Shirley Bassey, Carly Simon and Tom Jones. So who will be next? Read on to hear our thoughts. 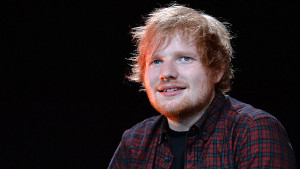 Admittedly, this is a very niche market so you won’t find many bookmakers getting behind this market. In terms of the artist behind the next James Bond theme, only Betway are listing prices at the moment. That may change as soon as any upcoming film releases are in the process of being made but we know that this bookie is in step with the industry and the odds should therefore be competitive.

The artist leading the way at the moment is Ed Sheeran and our current favourite carries a short price of 6/4. That figure gives the English singer a clear lead but, if we take a closer look at the music press, he may have been even shorter.

As recently as August 2019, Sheeran’s manager responded to strong rumours that his artist was in the frame by saying that they were open to suggestions and that a previous connection with producer Danny Boyle could leave Sheeran virtually uncontested.

Taking those connections into account and coupling them with the high industry profile of the singer, he may be an obvious choice as favourite but there is a counter argument. Ed Sheeran is known for his thoughtful compositions, clever lyrics and tuneful voice but can he produce a real ‘belter’ in the true James Bond style? 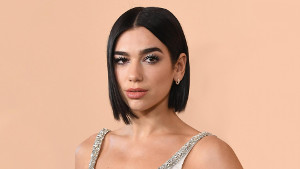 Behind our market leader, Dua Lipa is at 4/1 followed by Billie Eilish at 5/1. We then have a further gap until we find Adele and Sam Smith who are both quoted at 10/1. Fans of James Bond will have already spotted that Smith and Adele have provided theme tunes in the past. Adele was chosen for Skyfall while Smith was involved with Spectre but does that necessarily rule them out?

History is on their side to an extent: Shirley Bassey provided the theme tunes for both Moonraker and Goldfinger but we think we should be looking for a ‘first timer’.

Both Dua Lipa and Billie Eilish are in the public eye and could be rewarded with an honour of this magnitude. If there is going to be a challenge to the favourite, it may well come from either of these two names.

We still have options to work through and behind Adele and Sam Smith at that 10/1 price, Sam Fender is quoted at 14/1 followed by Rag N Bone Man at 20/1. We think that Fender is very much a left-field choice and are a little surprised that he isn’t available at longer odds.

He only burst onto the scene in 2019 and, having won Critics Choice Award at the Brits in September, a number of media outlets were profiling Fender for the first time. It’s a rise from nowhere to an extent but he is tipped to follow up with a number one album so perhaps we shouldn’t be so quick to rule him out.

Rag N Bone Man offers something a little different with a musical style that is a little hard to pin down. He’s an extremely versatile artist and it might just be that his deep baritone voice is a perfect fit for the next James Bond theme. That’s the chasing pack taken care of but there are a number of artists that we still need to work through.

Unlike a number of other operators in the industry, Betway are not known for any comedy betting options. They’re not going to suggest that the Sex Pistols reform for a James Bond theme so we’re going to have to keep it sensible.

Of the options that are listed, 33/1 is the longest price available and it’s a figure that is shared by no fewer than 13 artists. Among those are some legends including the Rolling Stones, Elton John and, er… The Spice Girls. The Gallagher brothers are also here alongside some newer artists including Paloma Faith and Lewis Capaldi.

There could be some interest in this section – a vote for Elton John would be a fine endorsement at a time when the singer is calling time on his touring career. The same could be said for the Rolling Stones while a number of those new artists could provide a good fit. However, we think that the winner will come in at a much shorter price.

There are no side options for this market and, of course, no potential for an Each Way hedge so it’s all about picking a winner. The favourite is an obvious one and it’s hard to argue against the claims of Ed Sheeran. He’s been one of the leading British artists for nearly a decade now and perhaps the honour of providing the James Bond theme is now overdue.

We mentioned that his smooth and subtle voice may not be perfect for our general image of a Bond theme but Sam Smith was of a similar ilk and that didn’t prevent him from getting behind the Spectre release.

Of those who carry longer prices, we’ve made a case for Elton John and there could be some support for Paloma Faith – she’s quirky and has that distinctive voice that makes James Bond theme tunes stand out as true classics.

If you’re looking for a ‘punt’ then we would suggest putting a small stake next to the name of Paloma Faith. It is, however, impossible to see past the favourite here and while this may not be the most original tip that we’ve ever made, Ed Sheeran is the outstanding candidate by some margin. 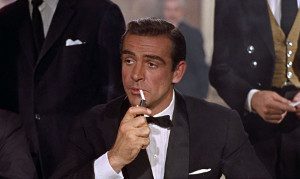 The long-running movie franchise started way back in 1962 with Terence Young’s Dr. No. The character written by the legendary Ian Fleming has had an impressive cultural impact since then. It’s fair to say that James Bond is the prototypical spy in Hollywood, with almost any spy character “borrowing” elements from Fleming’s character.

During the course of 24 movies, James Bond has been played by several legendary actors. Sean Connery remains the best Bond of all according to most fans, with Pierce Brosnan and Roger Moore anchored right behind him. There were many hits and misses over the years, but in general, the world’s excited to see a new Bond movie every time one gets announced.

Flying under the banner of Eos Productions, the Bond franchise has grossed around $7 billion to date. This puts it in an exclusive club of highest-grossing movie franchises which includes the Marvel cinematic universe and the Harry Potter series.

Since Casino Royale in 2006, which is, by the way, the first James Bond novel ever, British actor Daniel Craig has been playing the role of the cold, womanizer spy with a great sense of humour. Fan opinions on Craig are somewhat divided, even after four movies. Many have had negative remarks about his casting due to his blonde hair (James Bond is traditionally a black-haired character), while some find Craig too stiff for the role. Nevertheless, his movies, especially Skyfall, were a big hit.

Daniel Craig’s fifth and final appearance in the role of James Bond will come in 2020. The untitled Bond 25 will be directed by Cary Joji Fukunaga, with sparse details on the screenplay and setting. What’s clear is that Craig will be replaced by a new actor after it, with numerous high and low-profile names being thrown into the mix.

Time for a Radical Change? 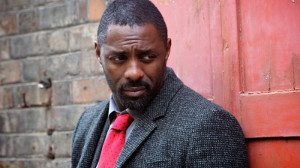 Around the same time rumours went swirling about Craig’s successor, so did rumours about the franchise moving in a new direction. Many directors and producers have been pondering the idea of having a black or female Bond, with numerous actors suggested for the role. Some experts think that now’s the time for such a radical change to the dismay of many fans.

Actors such as Idris Elba and X-Files star Gillian Anderson have been name-dropped as potential Craig successors more than a few times. However, if we’re being honest, such a radical departure from the character Bond represents won’t happen at all.

On the other hand, bookies are full of ideas of who should replace Craig after the 2020 movie.

Who Should Replace Craig?

That’s the million-dollar question. There’s no question that Daniel Craig will be hard to replace, even though many Bond fans hate him. He’s been playing the role for nearly 15 years and he’s had quite a good run. Finding a new Bond is a difficult job for everyone involved in it, as the newly-minted super-spy should be a choice support as well.

For a long time, Idris Elba has been in the running, although the British actor squashed the rumours a few times. He stated that he’s not that interested to play Bond as it’s a defining role.

If you ask fans, Thor and Avengers star Tom Hiddleston is a perfect choice, just like Game of Thrones star Richard Madden. Tom Hardy has been a favourite of many for quite a long time, although we’ve yet to hear the actor’s thoughts on the role. Major names such as Henry Cavill, Michael Fassbender, Ewan McGregor, and Charlie Hunnam have been mentioned as well.

However, some experts believe that the role should go to a younger actor and not a big name. Traditionally, the role of James Bond went to superstars such as Sean Connery or Roger Moore. The franchise didn’t have success with names such as George Lazenby and Timothy Dalton.

With still time ahead of us before Craig hangs up the gadgets and the shaken, not stirred martini (or Heineken), rumours regarding the next James Bond won’t settle anytime soon. As time passes, more and more actors will join the fray as possible replacements to Craig, with bookies offering odds on each. If you’d like to try your hand at something that is quite different than betting on sports, betting on the next Bond is a pretty exciting option.

If you want our opinion, we think it’s time for a change. Instead of picking a well-known actor, the next Bond should be a young, capable actor who won’t succumb to the media pressure and has nothing to lose. It’s time for a new James Bond to rise up and bring back the franchise on the right path.