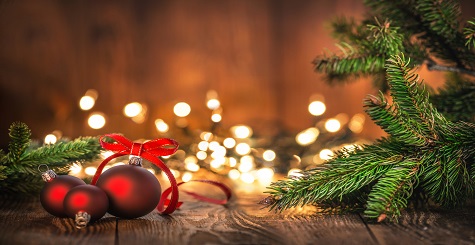 One of the oldest non-sports bets revolves around the festive season and there are many options that relate to Christmas. The area of novelty bets has exploded thanks to the birth of the internet and that growth has continued due to external factors such as the rise of Reality TV.

While this overall sector becomes even busier, Christmas bets have been around for decades and they predate the digital age by some margin.

Those with longer memories will recall that the most popular festive bet relates to whether or not snow will fall on Christmas Day itself. This is the one that has attracted punters for many years and it used to grab the headlines during cold Decembers when our only option was to stake in a physical betting shop.

Betting on a White Christmas remains an option but there is much more besides. Which artist will produce the Christmas Number One? Which TV shows will dominate our screens on the big day?

These options are among a growing list of festive bets, so now that we know what to expect, can we pick out some winners for 2019?

They said there’d be Snow at Christmas 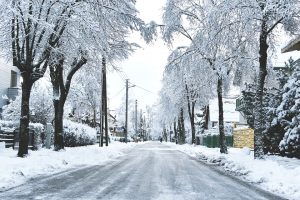 We may be firmly entrenched in the digital age but the bookmakers getting involved with Christmas betting tend to be the more traditional ones. We’re talking about William Hill, Coral and Ladbrokes chiefly, although others, such as Betway, are starting to jump on the bandwagon too.

We can always rely on these names for value so these prices should lead to strong returns if you make a correct call. Let’s start with whether or not there will be snow on Christmas Day. This is the oldest festive bet around but the terms have changed significantly since those early days prior to digital betting.

Previously, for this punt to land, at least one single snowflake had to fall on the roof of the London Weather Centre but in the modern day, there are many locations to consider all around the UK.

The most likely destination for Christmas Day snow – according to the bookies – is Aberdeen at 3/1 with William Hill. Unless stated otherwise, that snow has to fall at the city’s airport so, a single snowflake at Aberdeen’s main airport will trigger those odds of 3/1. Check with the individual bookmaker for full details on this point.

Scottish locations dominate the early prices and next up is Edinburgh at 7/2 with William Hill followed by Glasgow at 4/1 with Betway. From there, we move across the sea to Belfast which is on offer at 5/1 with William Hill. England finally gets a mention with Birmingham coming in at 7/1 with Betway while the same bookmaker lists the best numbers on Manchester at 7/1, Liverpool at 8/1, Leeds at 8/1, London at 9/1 and Cardiff at 10/1.

There’s a good range of locations in that list together with some interesting prices. We’ll consider a tip or two later on but for now, let’s switch to the second of our festive betting markets.

The race to be the UK’s Christmas Number One used to be more competitive and it was always considered to be a huge honour for the artists that won. In the modern day, the battle doesn’t seem to be as prestigious but this remains an active market as far as the betting community is concerned.

In 2019, we have a clear favourite with Wham leading the way at best odds of 6/1 with William Hill and Coral. The attention surrounds a re-release of Last Christmas which originally landed in the charts back in 1984. At that point, it reached number two in the Hit Parade but, with singer George Michael having sadly passed away on Christmas Day in 2016, it’s hoped that Last Christmas will go one better this time.

The second favourite in the Christmas Number One market is Robbie Williams who is available at a top price of 8/1 with Coral. The former member of Take That will be seen as a more ‘current’ option than Wham but the collaboration with Tyson Fury has been described as bizarre and cheesy in places.

Behind the top two, the market starts to move out and we begin the round up of ‘also rans’ with Chris Kamara at 9/1 with William Hill. This is an odd suggestion to say the least but it’s a serious attempt by the football reporter to break into the world of music.

If you’re looking for some long-priced potential, Rod Stewart and Ariana Grande are both available at the same best odds of 20/1 with Coral, Slade are quoted at a top price of 28/1 with William Hill while Bing Crosby and Cliff Richard are both at a best of 50/1 with Coral.

As of November 2019, the Christmas Betting markets are a little slow to get moving so we only have options for Snow at Christmas and the Festive Number One. Typically, we can also expect to see worldwide options for the snow related bet with locations in North America attracting particular interest.

Keep checking back for updates but for now, let’s consider the two bets that are active.

Long range weather forecasts are the key to unlocking profits on the snow markets but how reliable are they? This is something of a generalisation but while short term predictions are far more accurate than they may have been some years ago, the long range alternatives seem to change on a more regular basis.

On November 12, 2019, it was reported that William Hill had cut their odds on a White Christmas due to suggestions that Arctic conditions were heading to the UK towards the end of December. It’s worth monitoring updates but based on what we know right now, there could be some value in the White Christmas betting.

If we focus on Scotland and the North of England, this is where the forecasts are at their worst and we could expect to find a likely winner here. Up in Aberdeen, which carries the shortest prices, it may even be too cold for snow to appear but that may not be the case as we move inland to Glasgow, which has that decent price of 4/1 with Betway.

To counter these arguments, there has been no snow, anywhere in the UK, since 2010, but this could be the year – at least as far as those forecasts are concerned.

Many punters find that the Christmas Number One market is easier to call as there are fewer external factors to consider. The weather may change all the time but with this bet, we know what we are dealing with from the outset and this is unlikely to change.

We don’t like picking favourites but we really can’t see past Wham here. The re-release of Last Christmas has been talked up for much of 2019 and there will be a huge wave of nostalgia for one of the most memorable artists of the 1980s. There could be an argument stating that many people already own this record but ardent Wham and George Michael fans would surely be prepared to buy it again just to get Last Christmas to its deserving number one slot.

Yes, it’s the favourite in the market but 6/1 is a good value price and, ironically, it may be less of a punt than the 4/1 on Glasgow to experience a White Christmas.