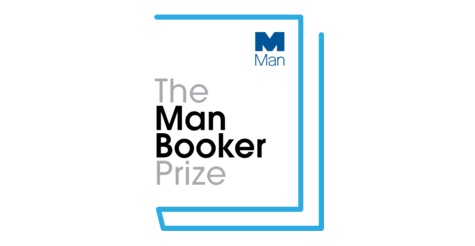 Founded back in 1969 as the Booker-McConnell prize, this award goes to the best original novel written in the English language. The work has to be published in the UK but otherwise, contenders can be based in Canada, New Zealand, the US or anywhere, as long as that English language criteria is met.

There has been a relatively recent rule change: Prior to 2014, the winner had to come from the British Commonwealth and other selected countries. Now, as we’ve seen, the floor is open. 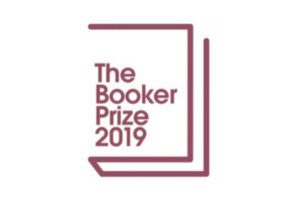 One of the most prestigious awards in literature is about to be decided as the 2019 Booker Prize reaches its conclusion. An initial set of nominations has now been whittled down to a shortlist of six with the winner being announced on October 24.

This year has seen a change in sponsor with Man ending their long association with the Booker Prize. From 2019 onwards, Crankstart will be putting their name to the awards, so before we look at the betting markets, we’ll take a quick look back at the history and rules.

It’s considered to be a huge honour and even those who make the longlist have seen a big boost to their careers. Clearly that boost can extend into the stratosphere for those who actually win it so let’s now get straight on and take a look at the shortlist of six for 2019.

Like a number of novelty markets, betting for the 2019 Booker Prize is a little niche so don’t expect every bookmaker to get involved. We have, however, found odds from three of the biggest names in the industry so we’re certain that we have some value here.

Leading the way at the time of writing is the intriguingly titled Ducks, Newbury Port by Lucy Ellman. William Hill have this novel down at 2/1 but you can get better value by taking the 5/2 on offer from either Ladbrokes or Coral

Interestingly, at 998 pages, this will be the longest work ever to win the Booker Prize if it does come in so the judges will need plenty of spare time between here at October 14 if they haven’t started reading it. Ducks, Newbury Port is described as a stream of consciousness from the mind of an Ohio housewife so it should be as fascinating as the title itself. 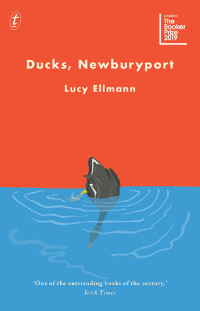 Behind the market favourite, things are a little tight with just a couple of points separating the next three in places. Our three bookies agree on the second favourite with An Orchestra of Minorities by Chigozie Obioma available at best industry odds of 7/2 with Ladbrokes and Coral.

Girl, Woman, Other by Bernadine Evaristo is quoted at a top price of 4/1 with Coral and Ladbrokes again while it’s over to William Hill for the best of 6/1 on The Testaments by Margaret Atwood.

Of those three, The Testaments seems to be attracting plenty of column inches from those publications who are reporting on the 2019 Booker Prize. That could be because Attwood’s previous work, The Handmaid’s Tale, is currently being serialised on Channel 4.

The Testaments is a long-awaited sequel but will that indirect interest make this a potential outside bet?

We still have two books to mention and the bookmakers in question are split on these. Hills have the best odds of 8/1 on Elif Shafak’s 10 Minutes 38 Seconds in this Strange World. Ladbrokes and Coral, meanwhile, are a shade shorter at 15/2.

The big difference lies in a book published by a man who is the best known name among the six contenders. Salman Rushdie’s latest offering in a long literary career is a work entitled Quichotte. William Hill have this down as their fifth favourite at 6/1 while for Coral and Ladbrokes, Rushdie is considered to be the rank outsider at an industry best of 10/1.

Taking his inspiration from the classic Don Quixote by Cervantes, this is a tale of a salesman who travels across America to win the hand of a fair lady. Rushdie has won the Booker Prize before with his opening triumph coming way back in 1981 but the bookmakers clearly aren’t expecting him to double his tally.

There are no side markets and no each way options in Booker Prize betting so it’s all about picking a winner. While the bookmakers have their favourite, they are not completely in agreement in regards to the novels that follow so there could be some value here.

If there was such a thing as an each way hedge, we would be sorely recommended to take a smaller punt on Quichotte by Salman Rushdie. As a former winner and the best known of the writers on show, Rushdie has ‘form’ and his work started at a short price before starting to drift.

The favourite, Lucy Ellman, may be out in front but she doesn’t have a clear lead in the markets so where do we go? Shocks are rare but if there is any value, it could lie in The Testaments by Margaret Atwood. With so much media interest in this novel coming on the back of the Handmaid’s Tale, Atwood is firmly in the spotlight and, this is another blockbuster of a novel which may well have been home and clear in any other Booker Prize year.