With 2020 fast approaching, the world is anxious to see if Donald Trump ends his controversial reign or if he still has the support of the people for another term. The 2020 US Presidential elections will be the 59th quadrennial elections in the country. Scheduled for November 3, 2020, these elections are among the most significant in the history of the USA.

In 2016, Donald Trump surprisingly won in front of leading candidate Hillary Clinton. Trump’s reign was met with criticism for his rushed and unpopular actions. Still, he fully intends to run again next year, with the winner scheduled for inauguration in January 2021.

Before the elections, however, a series of presidential primaries and caucuses are to be held during the first six months of 2020. This is essentially a nominating process. During it, voters will cast ballots and choose delegates for each political party, who will then select their candidate. 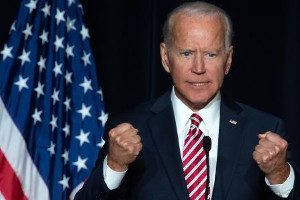 When it comes to the USA, political battles have always been fought between two fierce adversaries – the Democrats and Republicans. American voters have “jumped ship” quite often. The current President of the United States Donald Trump comes from the Republican Party, while Barack Obama, who stayed in the White House for two terms before Trump, came from the Democrats.

After Clinton’s loss to Trump in 2016, the Democratic Party was in shambles. Its members were caught in a rift between supporters of Hillary Clinton and the progressive Bernie Sanders-led wing. The divide was obvious during the several next elections leading to the 2020 primaries. Experts aren’t sure who will get the Democratic nod for the 2020 Presidential Elections, with dozens of figures likely to be in the running.

Among the highest profile names that have confirmed they’ll run for President as members of the Democratic Party are Joe Biden, who’s seen as a favourite by many, John Delaney, Kamala Harris, Amy Klobuchar, and Bernie Sanders. Of course, only one will get the presidential nod, but it’s still unclear if it’s the wing that supports Sanders or Clinton.

The race for the Democratic Party presidential candidate will surely be heated, with the public excited to learn Trump’s eventual opponent. 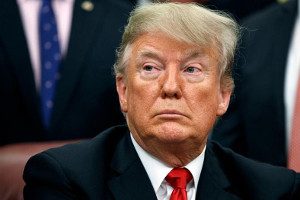 Donald Trump has indicated that he plans on seeking re-election. As some pundits put it, Trump is leading a “never-ending campaign” in regards to his frequent rallies. The former business mogul isn’t someone who will back down under pressure, even with talk about the Republican Party preparing a “shadow ops” against Trump led by fractions within.

These rumours were squashed in late January 2019 when the Republican Party unofficially gave its support to the current president. Everyone expects Trump to run for president once again. Individuals such as former US Senator Bob Corker, Larry Hogan, and John Kasich have also expressed interest in running for president. However, as things stand now, it’s very likely that the Republicans will back Trump up.

There have been 19 Republican presidents since Abraham Lincoln won the elections in 1861. Even though they lead the Democrats by 6 presidents, the Republican Party has been around shorter than the Democrats. The media and parties themselves are trying to sway the voters in their direction years before each election. In 2016, the American people obviously wanted a change, handing the Republicans the reins once again.

However, a few years later, not everyone is convinced it was the right choice. Donald Trump has made a number of shocking moves. From the wall on the Mexican border to the travel ban on certain foreign countries, his reign can only be described as controversial. If political experts and leading pundits are to be believed, the Democrats have the next elections in the bag. It’s too early to say, of course, and Trump won’t go down without a fight. However, talk of change has been growing louder and louder recently, so Trump may end his tenure after only four years in the White House.

Besides the Republicans and Democrats, there are a number of other parties who will certainly declare their candidates for the presidential primaries. Currently, there are several candidates from the Libertarian Party including security whiz John McAfee as well as Vermin Supreme.
The Green Part will likely go with Howie Hawkins, with Dario Hunter also in the running. Former Governor of Minnesota and media personality Jessie Ventura has also expressed interest to enter the “arena”.

Brian T. Carroll and Joe Shriner are the two officially declared candidates from the American Solidarity Party. The 2020 presidential candidates are rounded off by Ronnie Kroell, a relatively unknown fashion model and actor who is the single independent (or as of yet unaffiliated) candidate for the next US presidential elections.