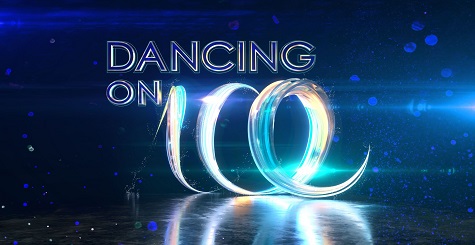 Dancing on Ice is a British television series featuring celebrities with professional partners figure skating in front of judges. Each week the given celebrities and their skating partners perform a live ice dance routine. The judges evaluate each performance and give a mark between 0.0 and 10.0, based on their performance. The couple receiving the highest amount of votes from the judges will proceed to the following week’s show, but the couple with the fewest votes has to leave. In this article, you will be able to learn more about the details on Dancing on Ice Betting Odds.

Dancing on Ice is back and the twelfth series of the super popular TV show looks to be one of the most tightly contested so far. Contestants such as former I’m A Celebrity winner Joe Swash, TV entertainer Michael Barrymore, American actress and model Caprice, diversity dancer Perri Kiely, and even former Everton super star Kevin Kilbane have all been included in the star studded line up.

The 12 new contestants will try to impress the panel of judges which includes Jayne Torvill, Christopher Dean, Ashley Banjo and former contestant John Barrowman. Barrowman was part of the first series and went through all the rigors of skating live and is definitely going to bring something new to the show. The hosts of Dancing on Ice 2019 remain the same as both Phillip Schofield and Holly Willoughby return to host the new series.

Bookmakers have already drawn up an offer for betting enthusiasts who are into non-sports events and the odds that we have seen are more than enticing. Pierri Kiely seems to be everyone’s favourite for the new season, but the likes of Maura Higgins, Joe Swash, magician Ben Hanlin, Caprice, and Ian Watkins will definitely have something to say about that.

Can Perri Kiely Repeat his Britain’s Got Talent Heroics?

Perri Kiely won the 2009 edition of Britain’s Got Talent as part of the dance troupe Diversity. He is one of the most established British street dancers and also won the second series of Splash! beating Richard Whitehead in the final.

The diversity dancer, who is known for his afro hair as he is for his dancing, will have an additional incentive in Dancing on Ice when compared to other competitors. This is because he will try to impress the former leader of his dance group, Ashley Banjo, one of the judges on the show.

Kiely will definitely be one of the standout performers on the show as he has bags of talent and is very charismatic to boot. It is said that Dancing on Ice bosses are over the moon to have been able to land such a contestant for the show and that really speaks volumes about how far ahead Kiely is when compared to the other competitors.

What’s more, it has been a proven fact that dancers are the ones who go the distance on Dancing on Ice and as such Perri is head and shoulders above his closest contenders.

Bookmakers seem to share these sentiments and betting operators such as Coral and Ladbrokes give Pierre Kelly favourite odds of 2/1. Those odds might not seem very enticing, since they are more than twice lower than Kiely’s closest rival, but they almost guarantee a winning bet.

Has Islander Maura Higgins Got What It Takes to Win?

Maura Higgins took part in Season 5 of Love Island and came in fourth place together with Curtis Pritchard. She stayed in the villa for 48 days and was one of those islanders who you knew were destined for bigger and better things.

The 28-year old model from Longford, Ireland is followed by thousands of people on Instagram, knows how it feels to compete in front of large audiences and is Perri Kiely’s closest rival.

Bookmakers rank her as the second favourite to win the competition and for good reason. The beautiful islander had to go through lots of tough challenges to last for 48 days at Love Island and while Dancing on Ice does not compare to Raunchy Races or Dirty Dancing, it still means that Maura is a willing competitor.

Betting operators such as Ladbrokes and Coral give the Irish model odds of 5/1 and at those odds betting enthusiasts can make lots of money backing her.

Can Joe Swash be the Dark Horse?

Joe Swash is an actor and presenter who is known to English audiences from his role of Mickey Miller in the ultra popular East Enders soap opera. He also held the post of various presenter roles at ITV2 and as such certainly qualifies as a figure who is not a newbie in the entertainment industry.

There are various reasons why Swash is another top contender to win Dancing on Ice and chief amongst them is the fact that he can win over audiences in a heartbeat. A testament to this is the fact that his character Mickey Miller wasn’t even supposed to be one of the regulars on East Enders, but because of his positive viewer reception, producer Louise Berridge decided to make Swash a full timer on the show.

This ability to charm people will definitely come in handy on Dancing on Ice and one expects that Joe Swash will be a dark horse competitor which betting enthusiasts should follow closely.

Bookmakers seem to share these sentiments and Ladbrokes and Coral give the 37 year-old father of two odds of 6/1 to win the twelfth edition of Dancing on Ice.

Can Ben Hanlin Charm the Judges?

Ben Hanlin is one of the most popular British magicians right now. He was the mind behind and presented the very popular ITV2 series Tricked from 2013 and 2016. During that time he made a name for himself as one of the most talented young performers and he will definitely try to justify that tag once again on Dancing on Ice.

Tricked was not Hanlin’s only TV experience as he was also part of Breaking Magic on the Discovery Channel and is also a presenter at CBBC, a very popular British children’s network.

Betting operators such as Ladbrokes and Coral give Ben odds of 8/1 to win Dancing on Ice 2019 and in doing so they don’t put him together with the three top contenders, but rank him as an outsider.

However, even as an outsider, Hanlin definitely warrants a cheeky bet especially considering that he has extensive experience in the entertainment industry.

Kevin Kilbane as an Outside Bet

Kilbane is definitely not one of the main favourites to win and he is not even in bookmakers’ top five contenders. In fact, both Coral and Ladbrokes give him very high odds of 12/1 to win the twelfth edition of Dancing on Ice.

However, Kilbane should definitely be your first choice of an outside bet. This is because the former Everton left winger has always been good with his legs and he has that competitive streak that can push him to go all the way in shows of this type.

The left footed player has never shied away from a challenge and he definitely won’t here as well. Placing a smaller sum of money on the Irish international is the smart thing to do considering his extensive experience at the top level of football.