As you probably already know, the Oscars are the most prestigious award ceremony in the world of movies. The ceremony chooses the best pictures in Hollywood (and other areas) for the past calendar year, with the recipients rightfully earning a place in the history books. Getting an Oscar is not a small thing, especially for young, aspiring actors who are trying to make their name known.

First held 90 years ago, the 91st Academy Awards are set to be held at the Dolby Theatre in Hollywood on February 9, 2020. This is a departure from previous dates when the ceremony was held at the end of February. The AMPAS (Academy of Motion Picture Arts and Sciences) will present the winners with the famous golden figure which holds a special place in pop culture.

With a number of movies yet to be released, one would think that it’s far too early to predict the winners. Well, bookies don’t think so. Hollywood has released dates for all upcoming movie hits, which, granted, may flop at the box office. That hasn’t stopped bookmakers to start Oscar betting season and provide the 2020 Academy awards betting odds.

Although there are dozens of categories in play for an Oscar, the most popular ones are Lead Actor/Actress, Best Picture, Best Director, etc. You can bet in all these markets at some online bookies, with the majority focused on the biggest only. With that being said, we have a list of great online bookies that already offer betting on the Oscars where you can get in on the action earlier than others. 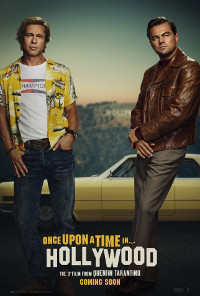 This year’s Best Picture category will be loaded with great movies. From Tarantino’s and Scorcese’s new flicks to comic book movies, there’s plenty of variety to suit all tastes in the Academy. Of course, only one can take home the Oscar, and that’s what makes betting on the awards so exciting.

Quentin Tarantino’s new movie Once Upon a Time…in Hollywood is widely regarded as one of the best movies in the year. Whenever the great director announces a new movie, everyone’s anxious to see it. His unique vision and focus on characters makes him a one-of-a-kind director. Tarantino has 2 Oscars already and is set to bag a 3rd in 2020, with Once Upon a Time…in Hollywood being a major favourite for the top prize at bookies.

The odds of that happening are 4/1 at LV BET, EnergyBet, Bet365, and Betway. William Hill gave the nod to marriage story at the same odds, leaving Tarantino’s latest movie on the second spot with odds of 9/2.

Marriage Story, The Irishman, and Joker are expected to push Once Upon a Time…in Hollywood for the golden figure. Yet to be released, Todd Philips’ Joker movie about the rise of the Clown Prince of Crime is surprisingly topping the Oscar Best Picture betting odds. LV BET and EnergyBet have it as one of the bigger favourites at 6/1 just like Bet365. Betway has the Joaquin Phoenix-led DC movies flick as the biggest favourite at 2/1, while William Hill places it behind Marriage Story and Once Upon a Time…in Hollywood at 5/1.
With such great movies in the running for an Oscar, we’re anxious to see who lifts the figure.

The Oscar Best Actor betting odds indicate a fierce battle between Hollywood’s top actors. With Brad Pitt (for two movies), Joaquin Phoenix, Al Pacino, and Robert De Niro in the running, it’s hard to predict the winner. The Best Actor category hasn’t been this loaded with starts for years, so we look forward to see all their movies and see who lands the Oscar.

Early predictions suggest a win for Joaquin Phoenix’s brilliant rendition of the Joker. However, this has been the case before, so we wouldn’t rush things.

After Best Picture and Best Actor, the Best Actress category is sure to excite many movie enthusiasts. A star-studded ensemble of actresses will run for the Oscar this year, with Scarlett Johansson one of the biggest favourites (for Marriage Story). It will be interesting to see who succeeds Olivia Colman and if it propels their career to new heights.