Updated on December 17, 2019 – We always make an effort to keep our content up-to-date, though some of the information might be outdated in the article.

The British Prime Minister is a political figure with major political power. The Prime Minister is a title that outranks everyone except the Royal Family, senior ecclesiastical figures, and the Lord Chancellor. The PM’s seat of power is at 10 Downing Street in London (colloquially known as simply Number 10), with Chequers Court being the PM’s official retreat.

The Cabinet and British PM are held accountable for their actions to the electorate, Her Majesty, Parliament, and their political party. Theresa May is the current Prime Minister in the UK, having been appointed by the Queen in July 2016. May comes from the Conservative Party and succeeded David Cameron, who stepped down following voting on the famous Brexit deal.

The Prime Minister is the head of the UK Government and usually commands the majority in the House of Commons. The incumbent PM has legislative and executive powers, guiding the law-making process and enacting their party’s agenda. In short, the British PM is the face and voice of the Monarch at home and abroad.

The Office of the Prime Minister is one of the Great Offices of State. The office itself is not established by constitutional documents, which is why the Monarch appoints the PM. Before 1902, the PM came from the House of Lords if his government had a majority. This changed with the Parliament Act of 1911 which put the House of Lords on the margins of British politics.

Update (24/05/2019): As it has been announced, following the unsuccessful Brexit negotiations, the current British Prime Minister, Theresa May resigns. She will officially retire after July 24th 2019, one day after the new leader of the Conservative Party will be made public. Her two most probable successors are Boris Johnson, former Foreign Secretary and former Mayor of London and Jeremy Hunt, current Secretary of State for Foreign and Commonwealth Affairs.

Update (17/12/2019): In October 2019, the Parliament was dissolved and an election called for December 12 in order to gain a majority to realise Brexit procedures. The election gave the Conservative Party their biggest majority since 1987, and Boris Johnson became a Prime Minister again.

Most Seats – Next UK General Election 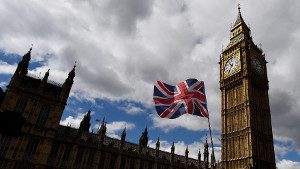 The UK Parliament is the highest governing and legislative body in Great Britain. It possesses ultimate powers in terms of legislation in the UK and its overseas territories. The Parliament is made up of 3 parts, even though it’s bicameral in nature. It consists of the House of Commons or primary chamber, House of Lords, which can only delay legislation, and the Sovereign or Queen-in-Parliament.

The Members of Parliament (MPs) are elected at general elections. The next general UK election is scheduled for 2022. It could have been moved up to this year should May’s government lost the vote of no confidence earlier in 2019, but the current Prime Minister prevailed. She won the vote 325-306, meaning she’ll stay in the office for 3 more years.

May’s Conservative Party holds the most seats in the UK Parliament, with Jeremy Corbin’s Labour Party right behind. The Conservatives formed a government thanks to the support of DUP in 2017. The Labour Party is the biggest opposition party in the UK, with the Liberal Democrats on the second place. All other parties have much smaller influence in the UK Parliament due to the low number of seats in the House of Commons.

He may have only been in the job for a few short months but already, there is speculation over Boris Johnson’s tenure as the Conservative Party leader. Much will depend on the result of the General Election in December 2019 and once the votes are cast, we’ll know more about Boris’ immediate future.

If the Tories win, we can expect Boris to remain at the helm for the period of the next parliament. If, however, the Conservatives were to lose, the pressure will be on to look for a replacement.

In this article we will be looking at the betting market for the next Conservative leader and the good thing about this option is the lack of any time limit. If you’re happy to wait, you can simply place your bets now and sit back to wait for time to run its course. You can also find some better value in a long term ante post punt so let’s now take a look at the runners and riders. 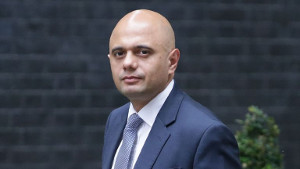 Historically, it’s not uncommon for the Chancellor of the Exchequer to be seen as the ‘Next Cab off the Rank’ and that’s the case here. Leading the way at the top of the outright betting is Sajid Javid and he can be claimed at best industry odds of 10/1 with Unibet and Ladbrokes.

Javid will be 50 years of age at the end of 2019 and has been an MP since 2010. He’s previously been employed as the Home Secretary and is seen as an established Tory figure and, potentially, a ‘Safe Pair of Hands’ as far as the leadership role is concerned. Interestingly, Javid did not feature heavily in the recent race to become leader as Boris Johnson took over the reigns but he’s highly rated for the next vote.

The market is bunched behind Sajid Javid with no fewer than five joint second favourites who can all be picked up at 16/1. We’ll start with Jacob Rees-Mogg at 16/1 with BetFred, followed by Michael Gove with Coral, Dominic Raab and Penny Mordaunt with William Hill and, finally, Jeremy Hunt at that 16/1 price with Betway.

Of those contenders, Rees-Mogg is a controversial figure outside of his own party and may be an unpopular choice around the country but that wouldn’t necessarily stop the Conservatives voting him in. Elsewhere, you will recall that Gove and Hunt fought Boris Johnson at the most recent leadership vote with Hunt taking it down to the final two.

Previous trends don’t necessarily mean that we will see a repeat performance but there will certainly be some interest in Jeremy Hunt at that 16/1 figure.

Moving through the pack we can also find Priti Patel and James Cleverley at best odds of 20/1 with Unibet while Amber Rudd is quoted at that same 20/1 with William Hill. At the edge of the chasing pack, Tom Tugendhat is listed at a top price of 25/1 with Coral and BetFred.

We’re starting to get into some unlikely options now and we start with Rory Stewart who can be claimed at a best of 33/1 with William Hill and Ladbrokes. Stewart was also involved in the previous Conservative leadership race and certain areas of the public started to warm to his common sense approach to politics. However, that wasn’t enough for the party and Stewart has since lost the whip and been forced to resign as an MP. He’s now focusing on the race to become the next London Mayor and while some will take interest in Rory Stewart, we’re going to pass for now.

Elsewhere, Matthew Hancock and Gavin Williamson can also be picked up at a best of 33/1 with BetFred while Johnny Mercer is quoted at 33/1 with Betway. Various other options are available and at the very end of the list is Chris Grayling at best odds of 200/1 with Unibet.

The odds setters haven’t listed anyone too outrageous but we don’t expect a winner from beyond 33/1 so let’s now retire to consider our verdict.

It’s difficult to get any advice on this bet at the time of writing as the political news is dominated by the upcoming General Election in December 2019. The furthest thing on the conservatives’ minds is another leadership battle but there will be thoughts of another contest if the current Government fails to secure an overall majority when the people go to the polls.

We can see why Sajid Javid is at the front of the betting right now. He’s a figure who doesn’t court controversy and would be a safer option for a party who is looking to win back areas of the electorate who have been unimpressed by recent Tory leaders. In addition, if we look back over history we can see that the post of Chancellor has often lead to the big Prime Minister job and while it isn’t a seamless route to the top, that is a good indicator.

Of the clutch of names listed at that 16/1 price, we’re going to rule out Michael Gove and Jacob Rees-Mogg. Both are, perhaps, seen as divisive figures as far as the voting public are concerned and while that may not be a barrier, the Conservatives would be looking to rebuild their popularity if they were to suffer an Election defeat.

In that sense, a vote for Sajid Javid would also make sense but the name that interests us is that of Jeremy Hunt. He came second to Boris Johnson by a long way earlier in 2019 but with Boris a clear favourite, that wasn’t an unexpected result. He’s still ambitious and retains support in Westminster and while he may be on the fringes of government right now, it would be no surprise to see Jeremy Hunt renew his interest. As such, he is our pick for the top Tory job.

Although Clegg helped the party rise up on the British political scene, the junior coalition with the Conservatives hurt the Liberal Democrat’s electoral prospects. They lost a majority of votes in the 2015 general elections, facing heavy losses in Parliament. The Liberal Democrat seats went down to only eight. It was a hard time for Lib Dems, but a reality check as well.

The Liberal Democrats are in bad shape recently, being overtaken by parties such as TIG. They need to make the right moves in order to regain their voters and eventually hope to get back on track. Sir Vince Cable has not named any favourites for the seat. However, no matter who replaces him, they will have a hard time getting the party back on track. British voters are hard to sway back, which means there’s a lot of work ahead for the Liberal Democrats.