All great things must come to an end and while ardent Vikings fans are dreading the finale of their favourite show, we have one last series to enjoy before the curtain comes down. Series 6 gets underway on December 4 and over 20 episodes, some very important plot lines will be decided.

While the final series of any great show is often to be mourned, it does tend to be the best and most dramatic of all. With any great TV series, a set of betting markets is never far behind and Vikings is no exception.

Let’s have a quick recap for those who aren’t familiar with the show and then we’ll move on to see if we can find any value in the betting for Vikings.

Vikings is a drama series which uses real characters from history as a focus for much of its story. As you will have guessed, it’s based on the Scandinavian warriors of the same name and provides much of the bloodlust and battles that are associated with them. More specifically, we are talking about the very early Norsemen who originated in Medieval Scandinavia and our chief protagonist is Ragnar Lothbrok – a Viking Chieftain. His family and followers are also involved and naturally, they meet some enemies along the way.

The TV show first appeared on the History Channel in 2013 and it’s fair to say that it was an instant hit. Series one took us back to the very beginning as far as the original Vikings are concerned and the scene was set in the late eighth century with a focus on Ragnar’s desire to raid England. In time, his sons became involved in the plot and there are many foes to meet along the way.

If you haven’t seen it, there are another four series to work through and we haven’t the room to tell you everything that’s gone on. For now, we’ll jump ahead and see what Series 6 has in store.

So what are the questions that need to be answered by the final series of Vikings which starts in December? Those who have read the very basic story at the start of this review will undoubtedly see some parallels with another hit TV series – Game of Thrones. There is an enduring battle for the crown behind all of this and over five previous series, skullduggery and murder has played a significant part.

Among the loose ends to be tied up in this final series include the potential for further deaths while there is the ultimate battle to be crowned the first King of Norway. These options are the main focus for the available Vikings betting markets so let’s now move on and see if we can pick some winners.

All Hail the King 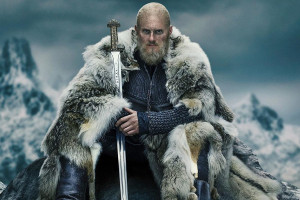 Anyone who gets involved with novelty betting will know that a number of bookmakers will choose to sit things out. That trend leaves a small set of outlets quoting prices and that’s the case with Vikings.

To date, we’ve only been able to find markets from LV BET and EnergyBet and while there may be others in the run up to the first episode on December 4, those two are known for competitive odds so we should be able to find some value here. The two bookies also tend to produce identical prices and that simplifies things as far as this preview is concerned.

Kicking it all off is the race to become crowned the first King of all Norway and the odds on favourite here is Bjorn who is quoted at 9/10 with both LV BET and EnergyBet. That leaves a gap to the second favourite harald at 7/2 and then we come to Ivar at 8/1.

We have a total of seven names in the frame here and the remaining contenders are Ubbe at 14/1, Rollo at 19/1, Lagertha at 29/1 and Hvitserk at 59/1. Once again, all of those prices are with both EnergyBet and LV BET.

I Die You Die 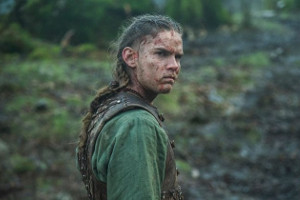 As we have seen, death plays a big part in the Vikings Series and there are markets available relating to which of our characters will meet an untimely demise. As far as betting is concerned, there are two options here – whether a character will die and who will be the first to die.

The odds setters are, therefore, convinced that at least one death will occur during the show and the favourite to go first is Hvitserk at 2/1. That would make sense considering that this character is the outside bet to be crowned King and if you think that the two bookies have called this correctly, that could be a quick and easy profit.

The other option is to take a character to die – not in any particular order. The markets have it in for poor Hvitserk who leads the way at just 1/4 while Bjorn could be a tempter at 3/2. Most of the characters are odds on here and aside from Bjorn, only Ivar hits Even Money so both LV BET and EnergyBet are expecting something of a bloodbath. It also means that there is little value in the To Die Anytime market so we’ll quickly move on.

There are just two more side markets to tell you about. The first of these is whether we will see a flashback with Ragnar at 3/2 while ‘Is Floki still Alive’ is at 2/1. Both are available with either EnergyBet or LV BET.

The Floki option interests us: In real life he was the first Norseman to set sail for Iceland while in the Vikings series, we are supposed to believe that he died in a cave due to an Avalanche. Reports indicate that actor Gustaf Skarsgard confirms Floki’s death but we’re not so sure and we think that the 2/1 price is worth a look.

If you are an avid fan of the Vikings series and have watched every episode then you will doubtless have your own opinion as to what will happen in the finale. If you have yet to get involved, there is still time to binge watch or you can take a look at the characters and make a judgement as to how the storyline will unfold. Obviously there is a lot of guesswork involved in the last option but there could potentially be trends and patterns from similar TV shows that could be taken into account.

The question for all bettors to ask is whether the writers will go for the obvious storyline. Bjorn is favourite to be King so the twist would be to see Bjorn die and while we’ve said that the To Die market isn’t a big tempter, Bjorn’s 3/2 price probably carries the best value.

Whatever happens, it’s going to be a fascinating and dramatic finale and if you have yet to turn on to Vikings, we suggest you catch up before Series 6 hits our screens.