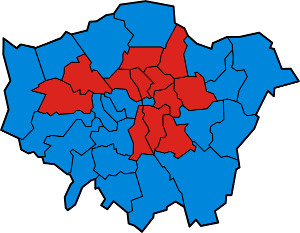 The UK might just have had enough of elections by 2020 but there is at least one more vote to consider. It’s restricted to England’s capital but it’s one that holds great significance as London goes to the polls to elect a new Mayor.

This has recently become an elected position and the current mayor of london is Labour’s Sadiq Khan who took over from Boris Johnson in 2016. The attention now turns to next year and for the betting community, it’s another opportunity to see if we can claim some profits.

All those of a legal voting age who are living in London are eligible to vote in this contest. That means that you have to be aged 18 or over and, of course, you must be registered in order to go to the polls.

The system is slightly more complicated than the First Past the Post Option that we’re used to seeing at the UK General Election. Voting in the next london mayor election involves making two selections in what is known as a supplementary system. Voters will, therefore, make a first and a second choice and once the votes are counted, there are a number of possibilities.

If a candidate has more than 50% of the first choice votes then they will be elected and the 2020 london mayoral election will end. If, however, there is no 50% majority, the top two candidates will progress to the second round and all others will be eliminated.

At that point, votes are recounted: The first preferences will stay in place and a combination of second preference votes will be added in order to determine an outright winner, It’s a complex process but, having taken that on board, let’s now take a look at the london mayor election candidates and see if we can pick out some profits. 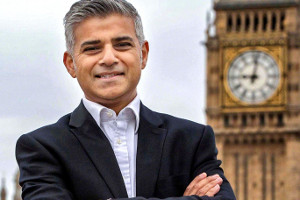 Before we take a look at the list, it’s worth noting that London has become something of a Labour stronghold. We’ll analyse the stats when we come to our verdict but this fact has a bearing on the name at the top of the market. As we know, Sadiq Khan is the current mayor of london and he has been nominated as the labour candidate once again. Khan heads the outright betting as the odds on favourite at 2/5 with William Hill and Unibet.

The Conservative Party may be second in the current polls but their representative – Shaun Bailey – only slots in as the fourth favourite in terms of the next london mayor result. Bailey is available at best industry odds of 20/1 with BetFred and William Hill which means there are two london mayor election candidates ahead of him.

Just behind Sadiq Khan is a name that interests us. Rory Stewart is a former Conservative MP who is running as an independent in the next london mayor election and he can be picked up at a top price of 7/2 with Unibet.

Stewart ran as a candidate to become the next Conservative Party leader earlier this year but was ultimately eliminated early on. Since then, he’s lost the party whip but during that leadership campaign he became a surprisingly popular figure and that 7/2 price is certainly tempting.

Sandwiching Stewart and Shaun Bailey is the Liberal Democrat candidate – Siobhan Benita – who can be claimed at a best of 12/1 with BetFred. Benita ran as an independent candidate in the 2012 london election and she is currently fourth in the polls for the 2020 race.

Just ahead in that poll is Sian Berry of the Green Party but despite that indicator, she is way out at odds of 80/1 with William Hill to become the next Mayor of London. 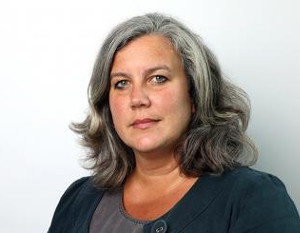 It’s interesting that the betting market for the next london mayoral election bears little resemblance to the latest set of opinion polls. That might suggest that there is some value to be found in these betting markets and, while we may have already mentioned our winner, there are a number of remaining candidates to consider.

Next up are Ed Vaizey and Heidi Alexander who can both be picked up at odds of 20/1 with Unibet. That puts the two at the same figure as the main Conservative candidate Shaun Bailey but we would suggest avoiding anyone from this point onwards. If we take the Labour Party as an example, MP David Lammy and comedian Eddie Izzard were mentioned as potential candidates but, as we have seen, Sadiq Khan was ultimately reselected. Despite that, both Lammy and Izzard are listed as potential options in the current mayor of london betting markets.

Therefore, it’s time to move on and to take a look at the list of more tangible options.

As we have seen, the london mayor result markets are somewhat different to the findings of the opinion polls so who has got it right? The one thing that everyone seems to agree upon is that Sadiq Khan is a worthy favourite. The current mayor of London is available at an odds on price in the outright betting and the latest available opinion poll lists the Labour candidate as having an expected 45% of the vote.

That wouldn’t, however, be enough to see Khan through at the end of the first round and this is why the betting markets are looking at things a little differently. The system of voting means that a staunch Labour supporter is not going to put the Conservatives as their second choice and that could let someone in through the ‘back door’.

This is why we are interested in the name of Rory Stewart. Unusually for a Tory MP, Stewart managed to cross the gaping political divide at times with common sense policies during the Conservative leadership race.

It’s a difficult choice: If you want a small profit then by all means lump on Sadiq Khan but he has attracted some criticism, particularly on the subject of London’s growing knife crime. As the best alternative, Rory Stewart may actually be quite a worthy second favourite.