First aired in 2011, HBO’s fantasy drama Game of Thrones has millions of fans around the world. An adaptation of George R.R. Martin’s A Song of Ice and Fire book, Game of Thrones is among the most popular shows on TV of all time. The three overlapping storylines in the fictional world of Westeros and the dozen characters have become a major part of pop culture, with the cast winning numerous awards for their performances.

As you probably already know, Game of Thrones is set to end this summer with its 8th season. It’s been a wild and enjoyable ride – from Ned Stark’s unfair demise to Jon Snow’s rise in the North, the show has produced memorable moments that will be remembered for a long time after it ends. Although it did tie up some loose ends over the past few seasons, one question (the biggest one) is still open – who will sit on the Iron Throne?

Like everything else in the show, it’s quite complicated to understand who has clear rights to the throne. It’s obvious that everyone wants to sit on it – from Queen Cersei in King’s Landing to Jon Snow in the North, the battle for the throne is blown wide open. For years, fans have been speculating on who will eventually rule Westeros. With the revelations made in the show’s seventh season, it’s becoming clear that some characters have a bigger claim to the throne than others, although that doesn’t mean much in Martin’s violent fantasy world.

With HBO’s show ending this summer, bookies have started offering Game of Thrones betting odds for the next ruler of Westeros, with some pretty surprising names on the list. Place a bet on your favourite and you’ll have one more reason to wait and see who wins the game of thrones.

Who Will Rule Westeros? 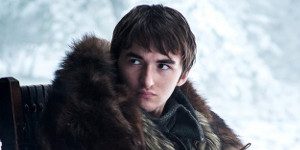 If you were rooting for Jon Snow or Daenerys Targaryen on the throne, good luck. According to bookies, the main favourite for the Iron Throne is none other than Bran Stark. The crippled son of Ned Stark is far up in the North honing his skin-changing and clairvoyant powers under the guidance of the Three-Eyed Raven, the mystical greenseer who can look back and forward in time. Although we’re not sure what Bran saw in the future, his incredible abilities may be the factor that propels him to the throne.

Bran Stark is on top of the list with odds of 3/1 at EnergyBet, 4/5 at Unibet, and 10/11 at William Hill and SportPesa. As you can see, he’s the clear favourite to become the new ruler of Westeros, ahead of more obvious choices such as Jon Snow, Daenerys or Queen Cersei.

Although bookies have made him a favourite, punters won’t be too excited by those odds. At 4/5, Bran Stark won’t win you a lot of money. Plus, no one is really sure that Bran will even want to sit on the Throne, preferring other characters instead. And, their odds look much better. 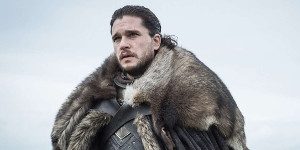 Since being exiled to the Wall, Jon Snow won the hearts of every fan of the show. He’s a great and humble leader who seeks rational and peaceful solutions to any problem. More importantly, the show revealed that Jon Snow may actually have a claim to the throne. However, considering recent developments, we’re not sure how everything will work out.

Still, that hasn’t stopped the majority of fans believing that he should be the one to sit on the Iron Throne. Not Cersei, not Daenerys, not the Imp, but Jon Snow. He’s the fan favourite to rule Westeros by the end of the show’s final season, but bookies are not so sure of it. He’s only second in line at most bookmakers, sitting far behind clear favourite Bran Stark.

At the moment, the who will sit on the throne Game of Thrones odds for Jon Snow are 9/5 at EnergyBet, 4/1 at Unibet, 9/2 at William Hill, and 5/1 at SportPesa. Those odds look much better than Bran Stark’s, and we think that Jon Snow’s claim to the throne is much stronger than Bran’s. At 9/2, we’d place a bet on the Lord Commander of the Night’s Watch.

Can Sansa Stark Sit on the Throne? 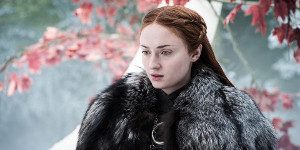 It’s a Stark family reunion at the top of the Who Sits on the Iron Throne lists at bookies. A bit surprisingly, Sansa Stark has been made a third favourite by most online bookmakers to sit on the Iron Throne. The girl’s been through a lot in the first few seasons on the show, but once she returned to Winterfell, she rose like a phoenix from the ashes.

Sansa has become a powerful figure and an ally to her long-lost brother Jon Snow, ruling Winterfell with a steel hand like her dad before. Sansa Stark is available for 42/5 at EnergyBet, 5/1 at Unibet, SportPesa, and 9/2 at William Hill. These odds indicate that she’s pretty close to Jon Snow. Considering the fact that Jon never wanted to be a leader, staking on his sister might actually be a good idea.

Sansa Stark has vowed to get payback for everything she’s suffered through, and getting on the Iron Throne will give her endless opportunities to do so. If you believe she has chances of ruling Westeros, her 9/2 odds can bring you a nice return.

The Night King – a Terror on the Iron Throne? 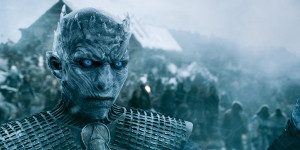 It took a long time before everyone in Westeros realized that the real threat comes from the North, like the Night Watch and Jon Snow have been saying for a while. While the famous houses are fighting in the south, a deadly threat has emerged in the North. With winter setting in, the Night King and his army of undead (now with dragons!) is a threat to the whole kingdom. It seems that there’s nothing that can stop their march except for dragonglass, which is not easy to be found.

The mysterious Night King is among the biggest favourites to sit on the Iron Throne. He’s been given odds of 9/1 at EnergyBet, 10/1 at William Hill, and Unibet, and 11/1 at SportPesa. He comes right after Tyrion Lannister and Daenerys Targaryen (8/1 and 9/1 respectively), but considering his powerful army, his chances of sitting on the Iron Throne are much bigger in our opinion. That is if he doesn’t destroy it first.

George R.R. Martin once mentioned that the war in Westeros will not have a happy end. If there’s one threat to the kingdom that can end it, it’s the Night King and his blue-eyed, undead army.