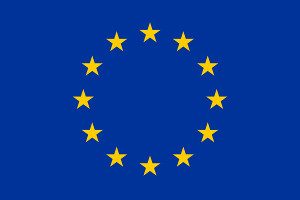 The EU Elections take place every five years. With over 400 million people across the European Union eligible to vote, they’re among the biggest democratic elections in the world. A total of 751 members of the European Parliament were picked in the 2014 elections coming from numerous European political parties. Before the elections start, all parties have the right to campaign for the EU elections and advertise national delegates.

Elections to the European Parliament first took place in 1979. It’s the only EU institution elected directly, unlike the Council of the EU and European Council which are elected via national elections. The total number of MEPs elected has grown from 410 in 1979 to 751 in 2014. That number was supposed to be lowered to 701 in 2019 due to Brexit. However, after the extension of the Article 50 process, the UK will participate in the elections, keeping the number of MEPs the same.

The UK component of the 2019 European Parliament Elections will be held on 23 May. It will be the ninth time the UK elects MEPs to the European Parliament, even though this time it’s not clear how long they’ll sit before UK’s impending withdrawal from the EU takes place. Of course, Brexit is the main issue in the elections campaign for all parties involved.

Every time they’re held, European elections generate a lot of interest from the public and punters as well. Bookies never miss the opportunity to present odds for this quite popular betting market. In the last elections, Corbyn’s Labour party which is allied with S&D won 20 seats, a seat in front of May’s Conservative Party. This time, however, the newly formed Brexit Party led by Nigel Farage is the major favourite to win the biggest number of seats out of the 73 available.

Will the Brexit Party Win the EU Elections? 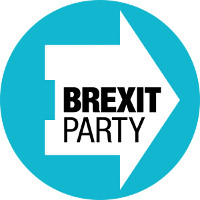 The Brexit Party already has 14 seats, even though it was officially formed only recently. All 14 MEPs were originally elected as UKIP candidates led by former UKIP leader Nigel Farage. The party is obviously in support of the country leaving the EU without a formal withdrawal agreement, with its views labelled populist.

The Brexit Party was officially formed on January 20, 2019, by Catherine Blaiklock who was the initial leader. It was registered on 5 February, with the right to run candidates in English, Welsh, Scottish, and European elections. Blaiklock later said that she won’t run the party without Farage, who became the de-facto leader. By mid-February, 8 MEPs joined the party, with a few more joining in April. The total number of Brexit Party MEPs now stands at 14.

Surprisingly, Nigel Farage’s party is the bookie favourite to win the most seats in the European Parliament in the upcoming elections. The odds of that happening are 3/20 at LVBet and Energy Bet, 1/5, at Betway, and 1/10 at Coral and Ladbrokes. It’s obvious that Farage has the vote of the people with those odds, but punters will most likely seek a better deal.

The Labour Party led by opposition leader Jeremy Corbyn has secured the most seats in the previous European Elections. Currently having 18 seats just like Theresa May’s Conservative Party, that number is set to dwindle this year due to the emergence of the Brexit Party. However, Corbyn is a popular politician in the UK, certainly more popular than May. As a result, Labour is still a big favourite to win most seats in the upcoming elections, sitting comfortable at the second spot at most bookies.

Currently, Labour is given odds of 9/2 at Energy Bet and LVBet, 4/1 at Betway, 8/1 at Ladbrokes, and 7/1 at Coral. Those odds may be a far cry from the Brexit Party, but look a much better option for punters. Of course, Farage and his party are still the favourites, but if history repeats itself, Corbyn won’t lose.

Where Do May’s Conservatives Stand? 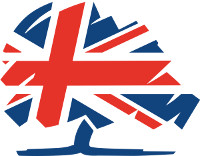 Current British PM Theresa May and her Conservative Party have lost a great deal of support in recent times. May’s Brexit views and a constant push for an EU withdrawal agreement enraged many, with May surviving both a vote of no confidence from her MPs and a parliamentary vote of no confidence as well.

After triggering Article 50 in 2017, May announced a snap election to strengthen her position in Brexit negotiations. Even though the Conservative Party won the highest win share in nearly 30 years, the number of seats in the parliament fell. This resulted in a minority government with the DUP and spelled the beginning of May’s political decline.

The Conservatives are a shell of their former self, losing voters in any elections. This includes the European Parliamentary Elections 2019. Currently, the Conservatives are among the outsiders for the upcoming EU elections at most bookies. LVBet and Energy Bet have them available for 149/1, while Coral and Ladbrokes are giving May’s party odds of 100/1. Only Betway believes the Conservatives have a better chance, but at 50/1, it’s not exactly the deal of a lifetime.

Can the Lib Dems Cause an Upset?

The Lib Dems led by Vince Cable, who is resigning soon, have been surprisingly put in front of May’s Conservatives when it comes to the upcoming European Parliamentary Elections. The liberal political party may not have the chances to come in front of the Brexit Party or Labour, but being in front of May at bookies is a win by itself.

Initially considered outsiders at best, the Lib Dems have been made a third favourite for most seats in the upcoming European Elections. LVBet and Energy Bet have Sir Vince Cable’s party going for 39/1, while Ladbrokes and Coral are giving them even better chances at 20/1 and 33/1 respectively. The only bookie that has May’s Conservatives in front of the Liberal Democrats is Betway, where the Lib Dems are given odds of 100/1 to win most seats.

Although we’re not saying that they have a chance, the Lib Dems odds are great from a punter’s point of view. If they surprise everyone and win, you’ll be looking at loads of cash. However, it’s a risky bet we wouldn’t advise taking. If you want to pick someone else rather than the heavy favourite (Brexit Party), you can try Corbyn’s Labour.