Star Wars fans don’t have much longer to wait until the latest release in this thrilling series hits the cinemas. Star Wars 9 – The Rise of Skywalker will be premiered on December 20 and it’s fair to say that this will be the highlight of the film year for many.

A number of our favourite actors and characters will return including Mark Hamill as Luke Skywalker while fans will doubtless be emotional over the appearance of Carrie Fisher. Sadly, Fisher passed away in 2016 and she makes an entrance in Star Wars 9 thanks to the use of unreleased footage from The Force Awakens and The Last Jedi.

As with most major film releases, there is a set of betting markets attached to this movie. Those markets may get busier as the film draws closer but as those who follow novelty betting will know, this may well be a good time to get on board and find some value.

At the time of writing, the odds that we found originated from SportingBet, Unibet and RedBet. There were just under two months remaining until the film’s release so that situation might change and as bettors will be aware, these bookmakers always looks to offer competitive prices.

The first markets to consider relate to Oscars and whether Star Wars 9 will win an Academy Award. Rather than list this as a straight yes or no, SportingBet have quoted a strange Over and Under line set at 0.5.

So, if you think that the latest release in the Star Wars series will win at least one Oscar you can claim odds of 51/20 while if the movie attracts no Oscars at all then the price tumbles to 1/4 . That doesn’t seem to be a particularly strong endorsement and we should remember that Oscars can come in many forms – not just for best film and best actor / actress.

With that in mind, let’s take a look at some of the alternative markets for Oscar nominations. 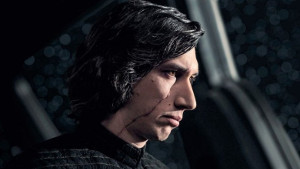 SportingBet are currently quoting four different betting options for Oscar Nominations and this time, it’s just a straight yes or no. To kick things off, you can claim odds of 5/1 on Adam Driver to be nominated for an Oscar while the price for the ‘no’ vote comes in at 9/100. In Star Wars 9, Driver plays Kylo Ren – Supreme Leader of the First Order. Clearly it’s a central role and as far as SportingBet are concerned, Driver is the only actor worth mentioning.

We’ll quickly move through the rest of the nomination betting; SportingBet are listing odds of 3/10 on Star Wars 9 to be nominated for best visual effects while the figure is 11/5 if you think that won’t happen. Next up is a nomination for best original score where Yes is at 3/5 and No comes in at 6/5.

We mentioned that the betting markets are likely to get busier in the lead up to the release of the film and we’ve already seen evidence of that. At the start of November 2019, only SportingBet were getting involved with the release of Star Wars 9. As the month wore on, however, both RedBet and Unibet got on board and those two brought with them a new set of markets to speculate upon.

These options related to how much the film was likely to take at the Box Office and first up, is the market for Star Wars 9 to beat the record for the highest grossing opening weekend in the US and Canada. For reference, the current high mark is held by Avengers Endgame who took $357,115,007.

For this bet, RedBet have odds of 17/5 while Unibet are slightly longer at 7/2.

Next, we have a market for whether Star Wars 9 will break the global record for highest grossing opening weekend. Once again, Avengers Endgame has set the target and this time it’s a staggering $1,223,641,414. This time, Unibet and RedBet are in agreement and they have both quoted 10/1 on a positive outcome.

Other markets put Star Wars 9 up against its predecessor – The Last Jedi and you can bet on which one will be the most successful. The odds here are quite short: If you think that Star Wars 9 will take more money in its opening weekend in the US and Canada than Star Wars 8, RedBet are quoting just 1/5 . for the new film to take more money overall, Unibet have a price down at 1/4 .

Finally, Unibet go 5/4 on Star Wars 9 to take more money in the US and Canada on its opening weekend than any other Star Wars movie. 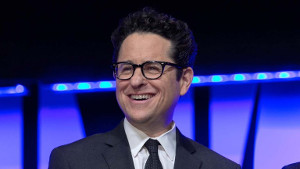 Concluding the list of betting options are two more Oscar winner punts. If you think that Star Wars 9 can scoop any of the four acting awards, odds of 5/1 will be your reward as opposed to No which is offered at 9/100. Finally, it’s the big one: SportingBet have 50/1 on this film to win the Oscar for best movie and, because that’s such a long price, there isn’t a ‘No’ alternative this time.

There is one more betting option to tell you about and it’s a head to head between Stars Wars 9 and its predecessor Star Wars 8. If you think the latest movie will gross more money at the Box Office in its opening weekend, the odds are 33/100 but if you feel that Star Wars 8 will win out, that figure lifts to 2/1.

That’s the list of available bets as of November 2019 so let’s see if we can pick some early winners.

If you’re aiming for safety as opposed to taking a punt, it seems fairly certain that the latest Star Wars release will capture more revenue that the previous edition. Odds of 33/100 look to be a banker and they offer slightly better value than the 3/10 on the best visuals nomination.

To look a little deeper, it’s worth looking at that Star Wars 8 release and considering whether or not it won any Oscars at the subsequent Academy Awards. The news here isn’t terribly encouraging as there were just three nominations and no wins. Those nominations came in the categories of Best Visual Effects, Best Sound Mixing and Best Sound Editing. We can probably expect that situation to be repeated but will any additional nominations drop in for 2020?

The Star Wars series doesn’t tend to be taken too seriously by the critics these days but we are hopeful that things will be different this time around. Naturally there is a wave of competition from recent releases including Judy and The Joker but has this been a Stellar year for the film industry?

There is also the feeling that Star Wars 9 will be the last ever release and if that theory is confirmed then there will definitely be a wave of sympathy and nostalgia to take into account. You may prefer to wait until the official trailers appear but odds could shorten at that point so we think there is potential for at least two, possibly all three of the following tips to land.