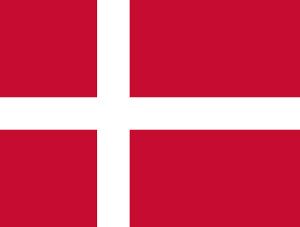 The Denmark Prime Minister elections are scheduled to be held on or before 17 June and the atmosphere in the country is heating up for what is considered as one of the most interesting General Election contests in recent memory.

If you read Denmark news stories, you probably know that the Social Democrats leader, the handsome Mette Frederiksen is the favourite to become Denmark’s next prime minister. She has been a member of parliament for 18 years now and it feels like the former Minister of Employment and Justice will be the woman who will lead Denmark for the foreseeable future.

Lars Lokke Rasmussen, the leader of the centre-right liberal Venstre party, might have different plans however. He is the current Danish Prime Minister and will hope that he will serve his third term as Prime Minister after being in charge of the country from 2009 to 2011 as well.

Bookmakers have jumped on the opportunity to be part of an election race as interesting as the Danish one and have come out with odds for both the top two favourites and some other contenders who could spring a surprise or two. 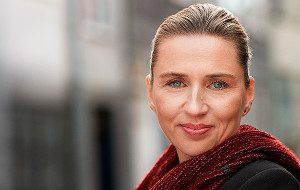 If you follow Denmark politics, you probably know that Helle Thorning-Schmidt was Denmark’s first female prime minister. The retired Danish politician was a member of the Social Democrats, the same party that MP Mette Frederiksen now spearheads in the race for the Prime Minister’s spot.

The leader of the Danish opposition and former Minister of Justice and Minister of Employment is known for her liberal beliefs such as her support of the public school system, public health care acts, freedom of expression and freedom of religious beliefs. She also shows her strong opposition of prostitution whenever she can and she has strongly advocated for all forms of prostitution to be and remain illegal. In line with party policy, Frederiksen is also a supporter of a strict anti-immigration policy.

Because of her openly discussed beliefs and viewpoints, Frederiksen is a firm favourite with bookmakers to become the next Danish Prime Minister. Bookmakers such as Fun88, SportPesa, 10Bet and BetVision give her quite small odds of 1/4 to become the next leader of Denmark and that should be indicative of her good chances.

Can Rasmussen Serve a Third Term?

Lars Lokke Rasmussen is a crafty politician. In the General Election contest of 2015, his party Venstre, together with the Danish People’s Party, the Liberal Alliance and the Conservative People’s Party managed to obtain the 90 seats needed to become the majority in the Parliament. Soon after that he became Prime Minister.

Considering that in recent Danish General Election campaigns the parties have been grouped in a ‘Red’ and ‘Blue’ block and Venstra is part of the Blue block, Rasmussen might hope that his coalition friends can help him to another victory.

However, this is also doubtful as the Blue block is also behind the Red block and is trailing by between 7-10 points in recent polls.

As a result, the higher odds of 5/2 that bookmakers such as Fun88, SportPesa, 10Bet, and BetVision give to Rasmussen seem very fair and the current Prime Minister will probably have to leave office soon.

Can Kristian Jensen Overtake Rasmussen in both Venstre and the Government? 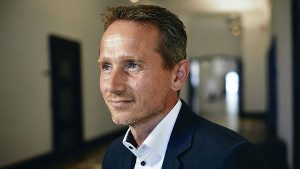 Kristian Jensen is next in line when it comes to the favourites for the Prime Minister’s chair. Many people feel that Rasmussen’s fellow party member Kristian Jensen might have a decent shot at becoming Denmark’s next Prime minister and they have good reasons to back that claim.

He served as a Minister for Foreign Affairs in 2015 and 2016 and was also the Minister for Taxation. He could have very easily become the leader of Venstre if the party had lost the 2015 General Election contest, taking the place of party leader Rasmussen. One of the things that Jensen has got going for him is the fact that his name has not been tarnished by scandals, something that Rasmussen cannot say.

This is why bookmakers look favourably to Jensen to become Denmark’s next Prime Minister even though he is not an actual leader of a party. Bookmakers such as SportPesa, Fun88, BetVision, and 10Bet give him odds of 20/1, probably thinking that Rasmussen might face some sort of turmoil if he manages to form a majority, which then Jensen might use to his advantage and become Denmark’s Prime Minister.

Or Will It Be Kristian Thulesen Dahl Who Causes the Surprise?

The leader of the Danish People’s Party (DPP) is the last serious contender to become Denmark’s next Prime Minister. Thulesen Dahl does not have a very rich CV when it comes to being part of government, but the Knight of the Danneborg (Danish order of chivalry) has several things which might help him in his pursuit of the Prime Minister spot.

One of those things is the fact that he is probably the most popular right wing politician in Denmark at the moment. Another thing which works in his favour is his great success in the 2015 General Elections.

That was his first campaign as party leader, but regardless of that fact, Thulesen Dahl managed to receive more than 57 thousand personal votes and won 37 seats in Parliament thus becoming the largest right wing block party leader and his party won the second largest party majority in the election.

Bookmakers like SportPesa, BetVision, Fun88, and 10Bet give Dahl high odds of 20/1 to become Denmark’s leader, but in politics, you never know what will happen in the end.